Sir H Of The Bomb

I Want To Break Free. 5 Wonderful Ways to Use your Breakout Rooms 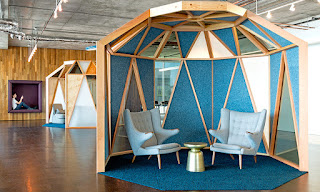 Since so many of our classrooms have moved online we've raced to learn what we can about the new technologies and platforms at our disposal. Something I've heard a lot about and seen in my own classes is the popularity of breakout rooms. In a recent session I gave one teacher spoke of his fear at losing control when sending students off on their own others said it had become an essential part of their class, as much for them as for the students.

So how can we make the most of these breakout rooms. I've come up with my 5 favourite ideas to keep the students on task and the breakout rooms relevant, and not just an excuse to run off and grab a coffee. Let's be honest we've all done it.

I'm amazingly lucky to have such a fantastic wife for many reasons. One of which being she is a wonderful teacher and I can use her ideas whenever possible This one is very much her creation.  She would put students into groups and get each one to investigate a celebrity of some variety. It is then up to the students to find out as much as they can about said celebrities and report it back to the class. This is a great way to get mixed abilities working together.  The ideas below are from the music section of Pearson's secondary course book Real World 1. 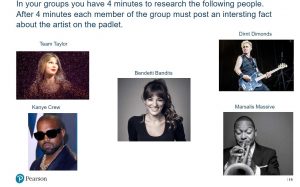 Never before have we had such a relevant tool to help with real life learning. Asking students to do presentations in the past was often an incredibly tough task. Today's students are now acutely aware of the need to be able to communicate ideas over great distances without the face-to-face side of things being necessary.

Breakout rooms offer a huge opportunity for you to work with pairs and groups on their presentations and then set them to task sharing their ideas with the class. My last group did a presentation on their own efforts to combate on climate change. Each of the 3 groups chose something different (Saving Water, Transport, Agriculture) After using their breakout room to talk over ideas and do a number of run throughs they were each ready to present to the class. That fear of standing in front of your peers had disappeared and I saw some of the best presentations.I've seen in nigh on 15 years teaching. You can take these presentations to new levels.

Don't simply set tasks. Ask them to present their favourite YouTube video (within reason). Take this chance to get students used to presenting in English in a virtual environment because it's a unique one that will serve them for the rest of their lives.

This works in the same way as the presentations do. It simply gives students proper time to prepare on a more intimate basis. In my next video project, I'm going to get my students to have a go at making a mini film with each group preparing a different scene.

These are just a couple of the ideas I've used and seen used in classes. I do have a separate post on the joy that is the breakout room and some great ideas to keep it fresh and relevant. 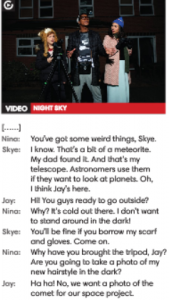 This game is a class classice but seems to fint even better into the online environment.

The first step is to describe the crime that has been committed. E.g. The Teacher's favourite mug was broken. Provide the students with useful vocabulary then split your class into two groups.

The Detectives and The Accused.

The dectective group has to figure out what questions they're going to ask the accused group and see if they'll slip up. The accused have to decide upon their alibi to the situation.

After a brief spell (5 to 10 minutes) in their group breakout rooms bring the students back into the main room. Explain each of the accused will be assigned an interviewer. Reset the breakout rooms and give each interviews 2 minutes to cross exam the accused.

When the students all return to the main room the results of the cross examinations can be discussed and a decision as to who broke the teachers mug can be concluded.

Something I found always worked in a face-to-face classes were group writing activities. The wonderful thing about breakout rooms is any type of team activity goes completely undisturbed. If you're in a traditional classroom you can be easily distracted and, perhaps notgive as much in put as possible. You're much more accountable in a breakout room.

I've found this to be a successful activity with all ages. It works particularly well when doing writing "training" for exam classes. It's wonderful for creating role plays. The place Iv'e found it most useful is when writing a story, or the plot to a film. It encourages all areas to be creative and creates a great sence of teamwork. Obviously when doing a writng in the real world students won't have their partners to fall back on but its a great way of encouraging students to work with their peers and makes writing a lot less dull for them,

I hope this has been at least mildy useful in helping you make the most of the Breakout room.

Looking for something specific?