Sir H Of The Bomb

Boldly Taking Movie Quotes Where They Have Never Been Before

Happy Friday one and all. Just a few more hours 'til the weekend and for many of us the promise of a nice or two off.


Reported Speech is something well covered from about B1 level. After getting to grips with the grammar I have a two stage activity. Partly to get used to reported speech and then partly just for the fun of it and to see if my students have managed to remember some of the world’s most famous movie quotes.
There are a myriad of games to allow your students to practice their new found skill. One I was introduced to a couple of days ago tests your student’s movie knowledge, their ability to translate from the language they first saw the movie and then how to convert some of the most famous quotes in movie history into reported speech.

Your student´s level will, obviously, dictate the difficulty of the task, the reporting verbs they use and whether they chuck a few adverbs in there as well.

The first step is to get onto the fantastic  Movie Quotes then run through each of the images to identify which movies the quotes come from. 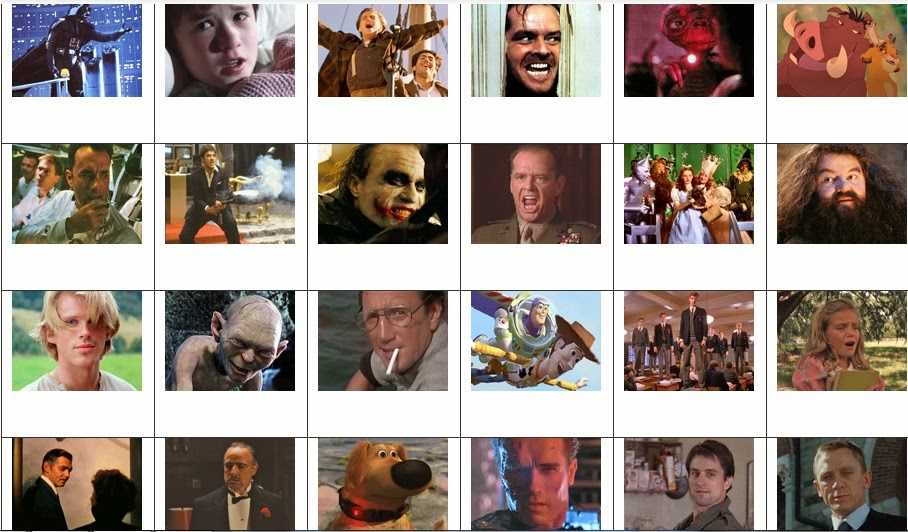 Step two, hit the timer and get the students to take turns in giving you a quote to one of the movies on the screen.

Seven minutes later the time will have run out and all the missing quotes will be revealed and the students will have a chance to take the famous quotes and report them to their classmates.

This works as a wonderful cooler after going through the "rules" of reported speech or as a warmer in the next class to make sure they still have it down.. My students really enjoyed it.

This was a big first step for a lot of my classes. A huge number of them had absolutely no clue as to the original quotes due to the fact Spain has a reputation for dubbing films. Even to this day 90% of cinemas don't have original versions of films.

After the students have got their heads around the fact these quotes exist outside their own language give it a weekend or so to digest.

When they come back what I have done, taking the lead from my good friend Neil, is taken these quotes and misquoted them from a film with a similar name. Students have to then match films to quotes and correct them for their original.

You can find the worksheet with misquoted lyrics here Or just copy and paste these below.

And here are the wrong movie names.

Right that's all for today.  Have a great holiday where ever you may be. If you don't have a holiday just go ahead and have a great weekend.

Looking for something specific?